Magi Journey – Persia is 10% complete and is being targeted for release November 1, 2022. Persia completes the Magi Journey trilogy and brings redemption through the return to Jerusalem for the Jews in Babylonian captivity, and it brings the Magi Family face to face with the Messiah.

Magi Journey – Persia is 10% complete and is being targeted for release on November 1, 2022. Persia completes the Magi Journey trilogy and brings redemption through the return to Jerusalem for the Jews in Babylonian captivity and it brings the Magi Family face to face with the Messiah. 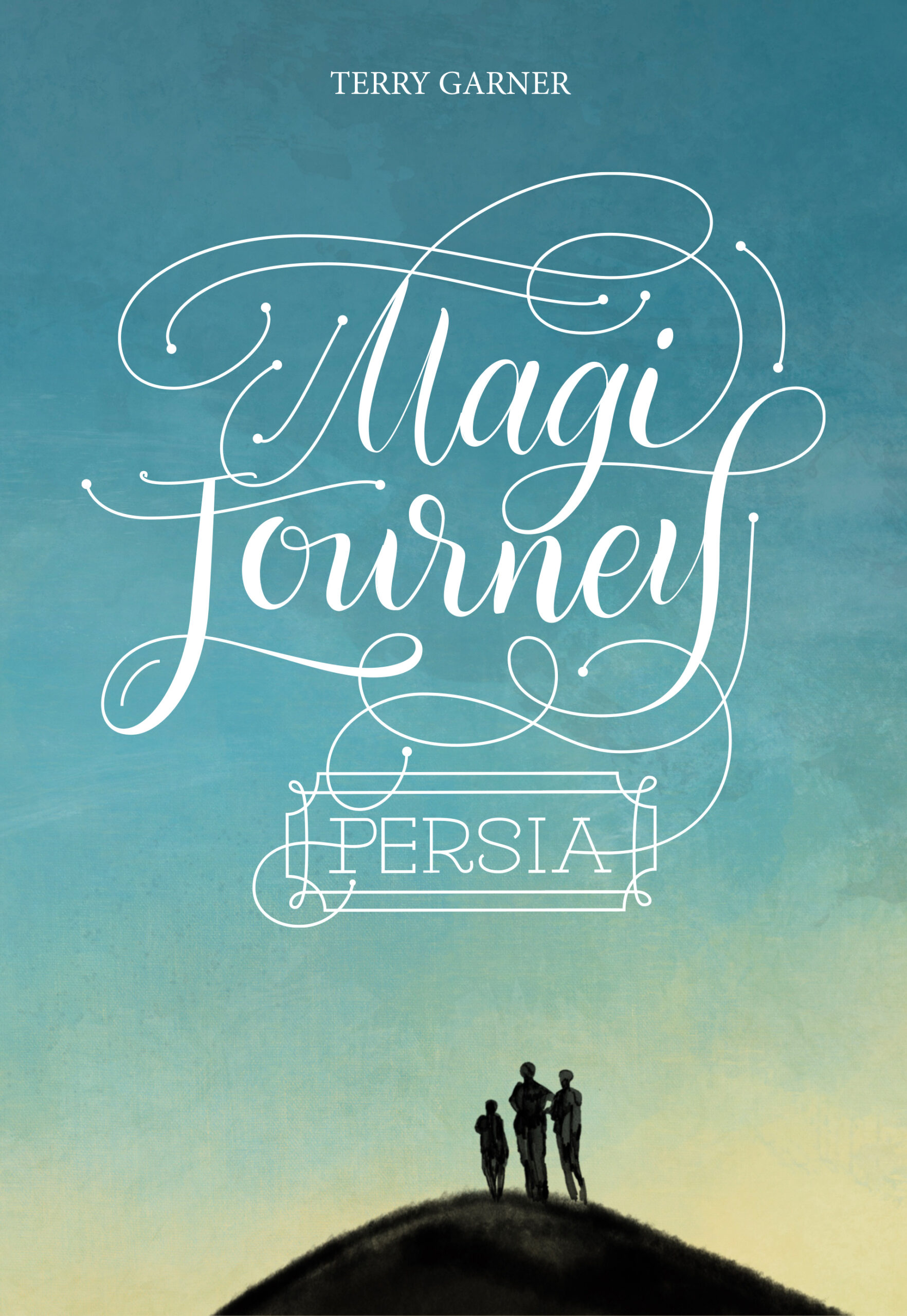 Magi Journey – Persia contains the same Magi Family from books 1 and 2, traveling from Persepolis, Persia to Bethlehem. The family faces the perils of the desert and the Roman Legion outposts that surround Israel. The historical tale the Magi teach their children while on the journey begins in 600 BC with the birth of Cyrus and follows his meteoric growth as a king and ruler. It also follows the ancient Magi Family as they face the difficulties of life in Babylon.

May 18, 2022- Magi Journey – Assyria and Babylonia are now in print and available on Amazon in Kindle, Kindle Unlimited, paperback and hardback.

It was April, and in the gentle valley north of Ecbatana,
wildflowers filled the valley in red, violet, white and bright yellow shades.
There was a gentle breeze coming from the north, and the temperature for April
was slightly chilly, but the sun warmed the boys playing in the valley.

Argadates, ten years old, tall for his age, with high
cheekbones and penetrating black eyes, spoke to the children surrounding him.
“I shall need a castle built as quickly as possible. Fravarti, see to the
working party.”

Fravarti, the son of Artembares, a nobleman from Ecbatana,
visited the village with his father, who was taking a census of the region.
Fravarti decided it would be more fun to play with the village children than
sitting around all day. “I know we elected you king, Argadates, but you must
remember I am the son of a nobleman, and I do not take orders from a cowherd.”

Argadates studied the boy, “I understand, Fravarti, if you
would rather not play. You and the other boys elected me king for the day, but
you may go to your father if you have changed your mind and would rather not
play the game.”

Argadates was good at reading people, and his goad worked,
“Very well, Argadates, you are king but remember when you speak to me, you
speak to a nobleman.” Fravarti pointed to five boys, “You boys, gather limbs
and grasses to build a castle. We will build in the center of the clearing.” He
said, pointing to a flat spot.

The boys gathered limbs and grasses, and in short order, a
modest hut stood in the center of the clearing.

Argadates reviewed the castle, inspecting it inside and out,
and pronounced it, “Excellent.”

“Men, we have a castle to protect us from the weather and
our enemies, but we have nothing to eat,” Argadates stated as regally as
possible. “Gather your weapons. It’s time to hunt.”

The boys cheered loudly. This was their favorite part of the
game. The younger boys all had slings and stones. They formed a group and would
hunt hares and birds. Argadates and the older boys picked up spears. They would
hunt a Carpathian wild boar, a dangerous animal with large tusks usually
weighing more than 300 pounds.

“What of me?” Demanded Fravarti, “I do not have a weapon.”

“Have you hunted with a sling before?” asked Argadates.

“Of course not. Noblemen do not use slings. We train with
swords and spears.”

“Have you hunted boars before?”

“No, but I have hunted tigers with my father. I’m sure a
boar will be little trouble compared to a tiger.”

Argadates pointed at one of the boys, “Give him your spear.
You are a beater today.”

The boy looked down at his spear, hesitated, and finally
gave it to Fravarti.

The two groups split up, and the older boys crossed the
clearing and entered the woods to the south. The forest was not dense, but it
had areas of thick undergrowth. The boars would lay up in the thickets during
the day and hunt for food at night. The boys needed no instruction. They
entered the woods, spread out, and formed a large circle. When everyone was in
place, they began to walk toward the circle’s center, yelling and banging their
spears against nearby trees. Fravarti walked to Argadates right.

A large hare jumped out of a thicket and raced at Fravarti.
Fravarti jumped but never raised his spear. Argadates saw the boy’s eyes were
wide; he was pale and sweating. Argadates knew instinctively the boy had never
hunted before. Argadates moved closer to Fravarti to protect him. They
continued walking, and the circle narrowed.

The boys were now slightly hunched over with their spears
pointing forward and leveled. They stepped forward with their left foot and
kept their right foot planted and pointing outward. They were bracing
themselves. They then drug their right foot forward and stepped with the left
again. When the boar broke cover, they would have little time to react.
Everyone was tense and ready.

Argadates watched Fravarti imitate the other boy’s motions
and was pleased that he was learning. The boar broke cover one hundred feet in
front of them and ran full speed in three steps. The animal was running at a
boy to Argadates left. The boy dropped to one knee, planted the butt of his
spear in the dirt, and prepared to receive the boar’s charge. Suddenly Fravarti
threw down his spear and began running from the racing boar. The boar saw the
motion and turned to pursue the fleeing boy. Argadates threw himself in front
of the boar and barely had time to ground the butt of his spear. The boar ran
onto the spear, and the point sunk into his chest. Argadates did not have his
weight behind the spear, and all he could do was hang on and press the butt of
the spear into the ground as the boar continued to grind forward. Argadates was
drug along, unable to regain his feet. The butt of the spear finally slammed
against a small tree trunk, and the boar’s momentum drove the spear deep into
his chest, slicing his heart in two. In his death throes, his face was just
inches from Argadates face, and spittle and blood covered Argadates’ head. The
other boys ran in, stabbing the boar and dragging him away from Argadates.

Argadates rose unsteadily. He was scratched but otherwise
unhurt. The boys needed no instruction. They tied a rope around the boar’s hind
legs, hoisted him in a tree, and were bleeding him. They danced around the tree
as the boar bled, ululating and cheering. The boar was dead. They were alive,
and soon their bellies would be full. As the boys danced, they dipped their
fingers in the boar’s blood and painted stripes and circles on their faces,
turning the scene macabre.

Fravarti had stopped running and was watching the wild
village boys. He had never seen anything like this. His eyes were wide.
Argadates glared at him and pointed, “You,” he yelled, “gather firewood and
take it to the castle. Have a good fire going by the time we finish dressing
the boar. The warriors are hungry.”

Fravarti glared back, “Gather it yourself, peasant. Enough
of this stupid game. You have forgotten that you are speaking to a nobleman.”

Four boys designated as bodyguards for the day rushed
forward and grabbed Fravarti by his arms.

Argadates turned to another boy, designated as his Cup
Bearer, and asked, “What is the punishment for insubordination, Cup Bearer?”

Without hesitation, the boy answered, “Ten lashes, my King.”

Argadates pulled the stock whip from his belt. The whip had
a long handle and a single leather lash about three feet long. Argadates walked
behind Fravarti and gave him ten firm lashes. Fravarti screamed as if he was
being killed and cursed Argadates and the other boys as Argadates beat him.

Fravarti was shaking with fury as he backed away from the
boys. “You will all live to regret this day,” he screamed. Then he turned and
ran from the forest and raced back toward the village.

The boys finished butchering the boar and had enough meat to
take to their families. They built a large fire by the castle hut, roasted a
nice ham, and enjoyed the afternoon. Sated, they lay back, staring at the small
white clouds that formed various animal shapes in the clear blue sky.
Periodically a boy would point at a cloud and name an animal or person the
cloud resembled. The other boys would either agree or throw small pebbles at
the speaker.

Late in the afternoon, Argadates heard his name called, and
he sat up. Walking across the clearing was his father, Mithradates.

Mithradates reached the group of boys, “Come, Argadates, we
need to talk.”

“Yes, Father,” he said, and he followed as his father walked
across the clearing, through the small forest, and climbed a hillock that
overlooked the valley and the village.

At the top of the hillock, Mithradates stopped and scanned
his world. He was a cowherd and had been all his life. He cared for the large cattle
herds of Prince Astyages and the other nobles of Ecbatana. He was forty years
old, and he loved his simple life. He looked at the valley below and the
village beyond. He looked north and saw the large herds pastured with four men
surrounding the herd, keeping them safe from predators. What more could a man
want. Yet he feared all of that had changed today.

Mithradates sat on a large rock and told Argadates to sit.
“You beat the son of a nobleman today.”

“Father, we played the ‘king’ game, and the boys elected me
king, including Fravarti. First, Fravarti almost got me killed when he ran from
the boar during the hunt, and then he refused a direct order. He left me no
choice. If I had left the insubordination go unpunished, I would have lost the
respect of the other boys. Everyone knows the rules.”

“Apparently, Fravarti thought he was exempt from the rules,
and so does his father, Artembares. Artembares is a counselor to Prince
Astyages and one of his closest friends. He wants you flogged or worse, but only
the prince can give the order. He has commanded that you and I appear before
the court in Ecbatana in one week. King Cyaxares, the prince’s father, is
campaigning in Lydia, but the prince will hold court.”

“I understand, Father. I am sure the prince’s punishment
will be equitable to my offense. I am only ten years old. He may flog me, but I
can accept that.”

Mithradates’ shoulders slumped, his head drooped, and then
he looked up, “There is much you do not know, and I can hide it from you no
longer. Everything will come out in Ecbatana. Have you ever wondered why you do
not look like your mother or me?”

Sign up today for a chance to receive a free, signed, first edition of Magi Journey – Assyria.  If you enroll, and you are in the first 1,000 to register your name will be placed in a drawing to receive the book.  Up to thirty books will be given away.